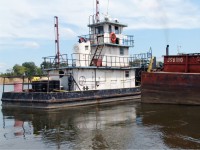 Directions to our plant.

© Copyright 2012-2014 by Shiloh Sand & Gravel, Inc. All rights reserved.
No part of this website may be reproduced without written permission.